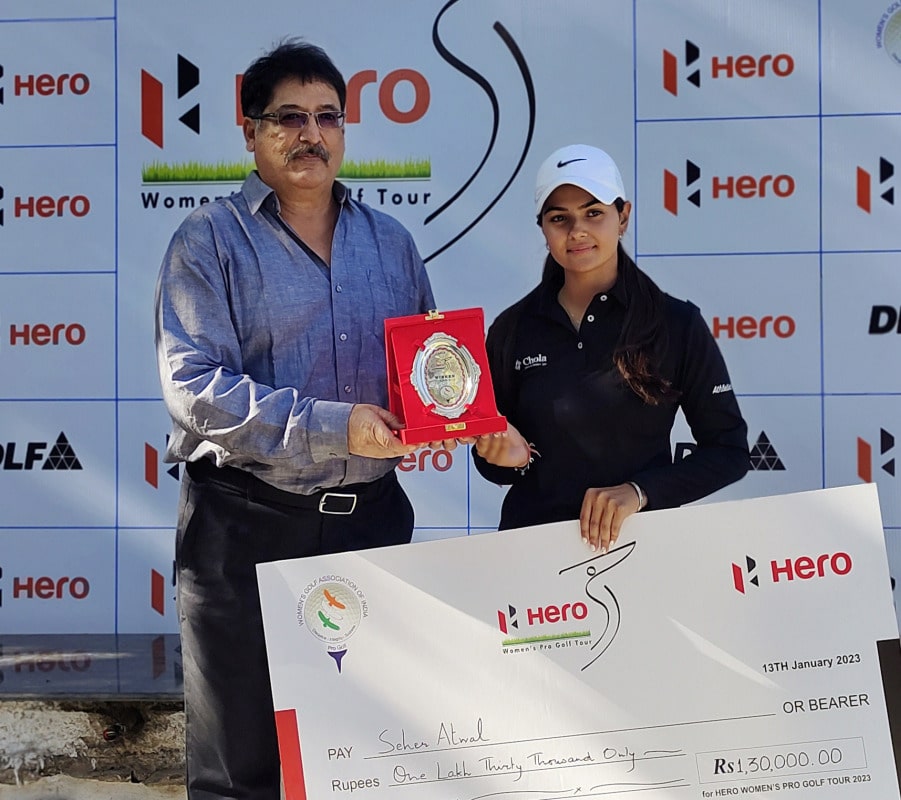 Seher Atwal survived a stressful final round and though she carded a poor 5-over 77 but it was enough for a win in the opening leg of the Hero Women’s Pro Golf Tour at the Poona Club Golf Course here on Friday,  This was her third win in three years.

Seher, who led by two after 36 holes, had three bogeys against one birdie in the first six holes. She steadied herself with eight pars in a row and seemed well placed to win the title despite Ridhima Dilawari’s birdies on the 13th and 14th. Then came a scare for Seher, who bogeyed the 15th, 16th and 17th and that left her just one ahead of Ridhima.

Ridhima could have forced a play-off with a birdie but failed to get it as Seher played out for a safe par on the Par-5 18th. Ridhima  (73), who had five birdies, was second. She also gave away two doubles and three other bogeys in her round.

Amateur Nishna Patel (74) and Saaniya Sharma (75) were tied for eighth and Khushi Khanijau (76) completed the top 10. The early leaders in the week, Nayanika Sanga (78) and Shagun Narain (87) had forgettable final rounds and finished tied for 11th.