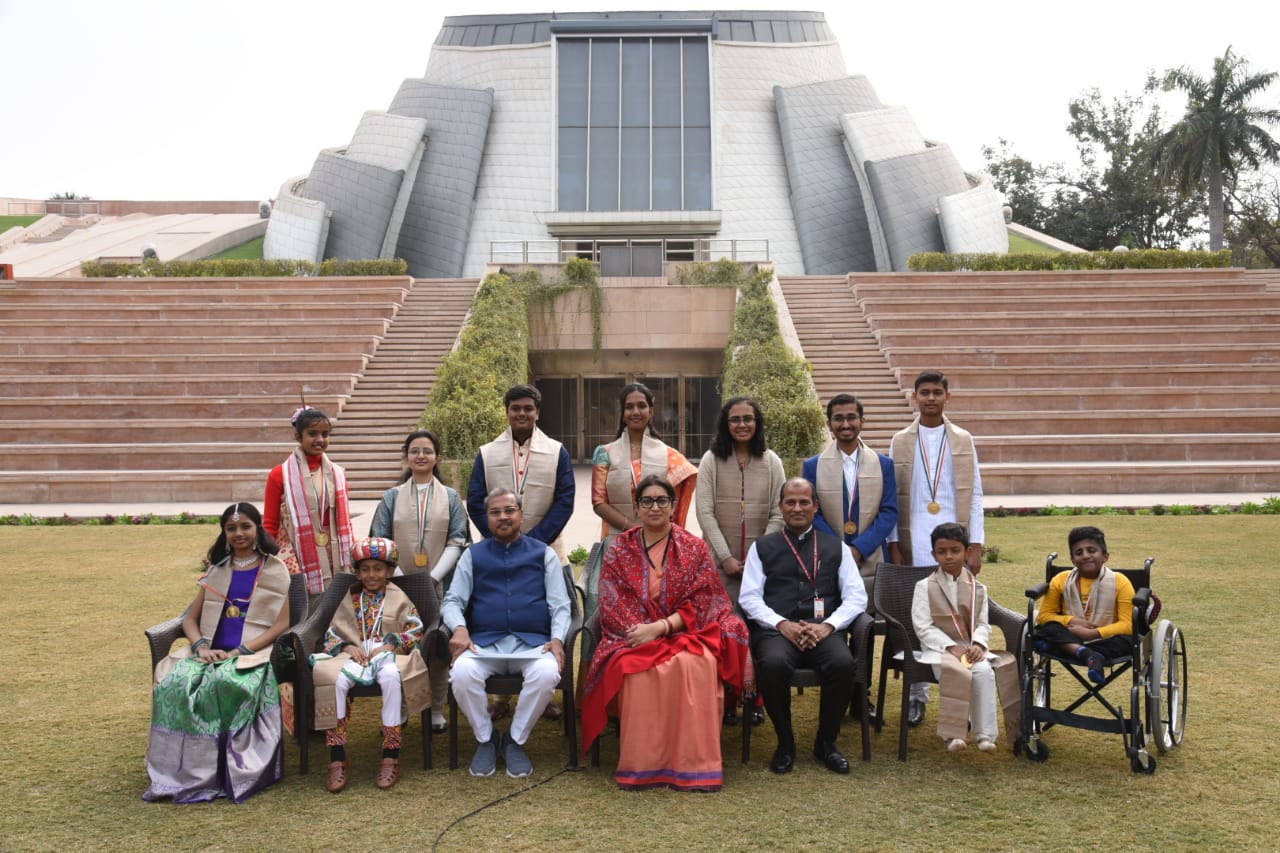 Among the awardees were six boys and five girls from 11 states and Union Territories. Most noteworthy were  one Mallakhamb player, a singer suffering from bone disorder and a YouTuber.Each awardee was given a medal, a cash prize of Rs one lakh and a certificate. The award was handed over to them by Presidebt Draupadi Murmu.

The venue has its own history. This is a museum built as a tribute to every PM of India since Indelendence, and a narrative record of how each one has contributed to the development of the nation.This museum is located at the Teen Murti Acenue earlier known as Nehru Memorial Museum and Library with renovated buildings and newly galleries.