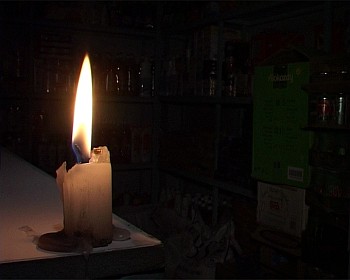 The residents of many parts of Ranchi today suffered from a twin crisis-mercury touching 42 degree Celsius and power cuts.

A high voltage transmission wire supplying power from the Patratu Thermal Power Station(PTPS) to Ranchi had collapsed near Chattakpur in Ranchi last night.

Also,the production at PTPS had come to almost a halt.This had created a black out in the state’s capital creating untold miseries to residents.

Incidentally,the JSEB having been incurring a loss of over Rs 1100 crore annually is helpless as the state continued to face an acute power crisis.Prolonged hours of load shedding had thrown normal life out of gear.The crisis,according to JSEB officials,had engulfed the entire state with generation dipping to a low.

This had compelled the JSEB purchase power worth about Rs 3000 crore from the central sector every year.So mainly because its three plants-Tenughat Vidut Nigam Ltd,Patratu Thermal Power Station and Sikidri Hydel Project were generating less than 235 MWs(150,40 and 45 MWs)against their installed capacity of 1750MWs( 850MW, 750MW and 125 MWs respectively) whereas the state’s demand was around 1400 MWs.

Though the state was reeling under the President’s Rule since January 18,no institutional measure was initiated to reform the power sector.As per the Central Electricity Act,2003,JSEB had to be unbundled.But no concrete measure was taken to enforce this reform.

”This is the most serious cause of concern.Because be it the elected coalition government or the Central Rule,the power problem of the people remains unadressed”,cribs Federation of Jharkhand Chamber of Commerce and Industry Ranjit Tibrewal.