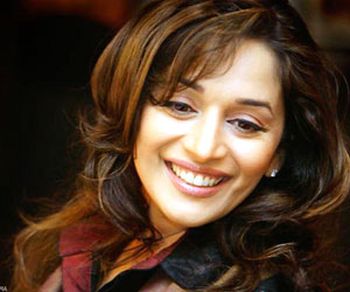 In Bollywood there are many stars- Salman Khan, Akshay Kumar, Sanjay Dutt and the list goes on.They were favourites of many starlets but there is one man, the Dhak Dhak girl perceives the most handsome-Dharmendra.

“I think he (Dharmendra) is one of the most handsome persons I have ever seen on screen,” Madhuri said yesterday during the launching of the sixth season of of “Jhalak Dikhhla Jaa”.

She talked about Dharmendra’s good looks.I am a huge fan of his trademark dancing step”,she added.