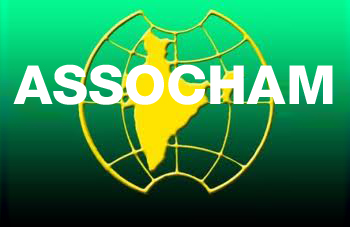 Apex industry body ASSOCHAM today cautioned the government against the renewed demand of a section of mining industry for reviewing export duty structure on iron ore with mala fide intentions of resorting to pressurizing the government.

The structural deficit of iron ore availability for domestic steel industry is owing to an upper cap in iron ore production together with various environmental concerns, ASSOCHAM said today in a communication to the steel secretary D.R.S. Chaudhary.

ASSOCHAM said,the government must stay vigilant and not repeat the saga of illegal mining caused by unrestrained iron ore exports and interests of the steel industry should receive government’s attention.

“India has added huge capacity for agglomeration i.e. pelletlisation and sintering during past few years mainly due to the government’s decision to adopt fiscal measures to conserve iron ore resources against demand of steel industry to ban iron ore exports,” said ASSOCHAM while hailing the government’s policy to conserve natural resources by imposing 30 per cent export duty on iron ore and differential railway freight for domestic and export sector.

“Thus the argument that India does not have enough capacity to utilize iron ore fines is incorrect and factually wrong,” said ASSOCHAM while adding that India is likely to have 170 MT agglomeration capacity (84 MT for pellet making and 86 MT sinter making capacities) by 2014.

Further, quashing the recent reports that iron ore stocks in India have gone up from 88 MT to 104 MT in 2011, ASSOCHAM has said it’s a misconception that stock level of iron ore in the country has gone up after imposition of export duty. More so, as the iron ore stocks of 25 MT have been liquidated in Karnataka after suspension of mining by the apex court and iron ore stocks have also gone down by eight MT in 2011 according to the information on Orissa government’s website.

In its letter, ASSOCHAM has also highlighted that merchant iron ore producers in Orissa are deliberately holding iron ore fines stock and are selling the lumps at Rs 7,500-Rs 8,000 per ton thereby making wind fall profits.

This is to be noted that Orissa supplies iron ore lump to various sponge iron producers located in Jharkhand, Chhatisgarh and West Bengal and the eastern region has added about 21 MT agglomeration capacity including over 15 MT pellet and over five MT sinter making during the past five years based on supply of iron ore fines from merchant miners.

ASSOCHAM has also highlighted that merchant miners have adopted a strategy of selling lump only in domestic market and fines in China thereby holding back fines’ stock and are quoting abnormally high prices to the pellet producers who are currently struggling to source iron ore fines as the merchant miners are not selling them apprehending that pellet producers will be directly competing with their lump and can thus significantly reduce its prices.