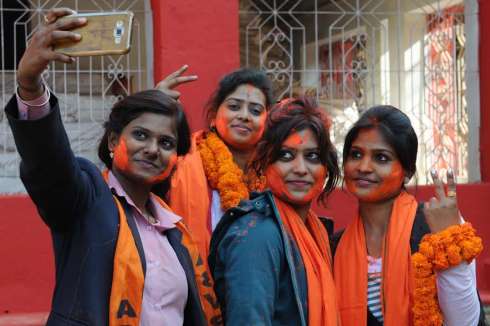 As a result,many students celebrated the victory after ABVP and AJSU candidates were declared elected on Wednesday.