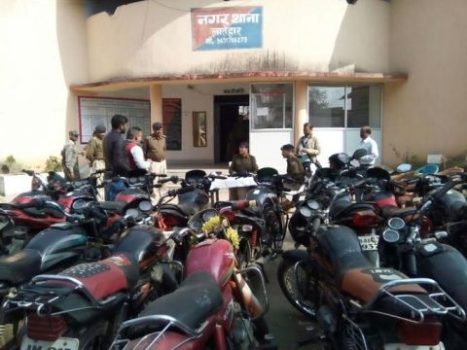 The arrest of 13 persons in Latehar has exposed the gang of thiefs who took away mo bikes by stealth.

The police recovered 22 bikes from their possession.All these bikes were taken away by them,said Latehar SP Anup Birthare.

Barthare informed mediapersons in Latehar that after one bike was recovered,inputs were gathered about the gang.The first thief was identified as Anil Paswan.

Reports claimed that Paswan informed that he operated and committed crime with Kuldip Baitha,a resident of neighbouring Lohardaga district.Baitha was yet to be arrested.”We are conducting raids to nab him”,said the SP.

Notably,all recovered bikes from their possession were Hero Honda.