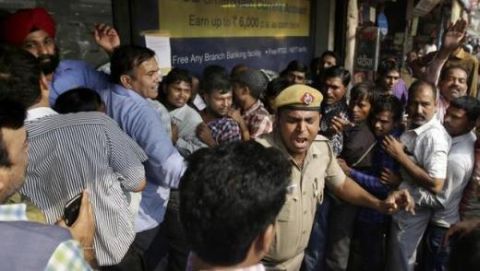 Both Shailendra Mandal,Executive Engineer of the Water Resourse Department and Umashankar Prasad,Agriculture Officer,Hazaribagh,were arrested by ACB personnel on Friday.

While Prasad was caught taking bribe sum of Rs 10,000 from Dariya Mukhiya,Ichak,Hazaribagh,Basant Mahato for signing the file connected with payment of Dobha(irrigation pond)fund,Mandal was nabbed taking Rs 1 lakh bribe.

Both these gazetted officers Prasad and Mandal were sent to jail.This was the ACP’s 14th ‘Trap’case in Jharkhand where Chief Minister Raghubar Das has directed its top brass to book the corrupt people in accordance with the law.