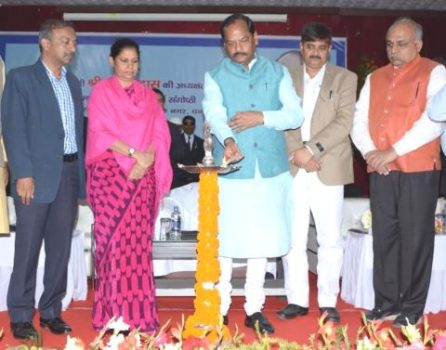 “The people’s involvement in the planning and execution of the development schemes was desired.

To do so,the forthcoming annual budget(2017-18) is planned to be made by taking their viewpoints,demands and involvement in its implementation.The process has already started”,said the CM while addressing the pre- budget meeting held inside the Koyla Bhawan in Dhanbad on Monday.