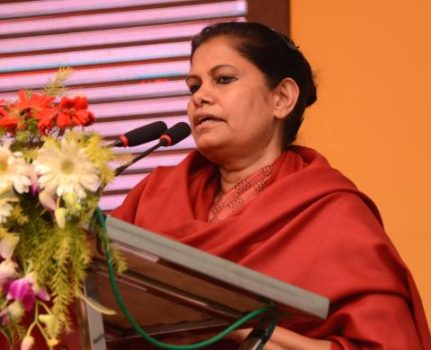 “Now the bank will be available in the arms of the people.The mobile phone will make every body carry financial transactions”,said the CS.

Addressing the people,Khare said that the state government has always accepted the challenge and responsibility to make the people adopt cashless transaction.

The CS said that 137 branches of banks will be opened.Each branch should have ‘Bank Mitra’ to promote cashless transactions.”In urban areas,the banks should make available Debit and Credit cards to account holders”,said the CS.