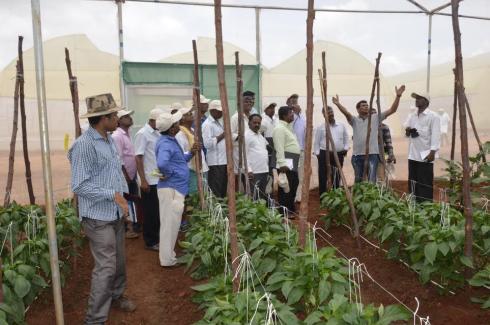 Farmers are set to benefit from the Centre’s move to set up Indian Council of Agricultural Research (ICAR) centres in Jharkhand.

In fact,the Union Minister of Agriculture has sanctioned 5 Krishi Vigyan Kendras (KVKs) of the ICAR in Jharkhand and overall 101 KVKs under the administrative control of NGOs in the country.

It has also provided financial assistant of Rs.20.59 crore to these NGOs for carrying out agriculture related activities in the State, while financial support of total Rs366.02 crore has been provided to all the NGOs working in the agriculture sector in the country. The Union Minister of State for Agriculture and Farmers Welfare S.S. Ahluwalia informed Rajya Sabha on November 25, 2016 in reply to a question raised by RS MP Parimal Nathwani.

The minister also stated that normally, assistance to Non-Governmental Organisations (NGOs) and Self Help Groups (SHGs) associated with agriculture sector is not provided directly by the Government of India. The States are free to provide such assistance under some schemes and programmes. However, ICAR has sanctioned five KVKs in Deoghar, Godda, Gumla, Hazaribag and Ranchi in State of Jharkhand, said the statement.

According to the statement of the Minister, during the last one year, the KVKs under administrative control of NGOs conducted 22842 on-farm trials and front line demonstrations; provided training to 5.87 lakh farmers and extension personnel in the country.

In addition, these KVKs produced 902.67 tonne seeds, 59.15 lakh planting materials and 48.04 lakh livestock strains and fingurelings for its availability to farmers.

Nathwani wanted to know about the financial assistance provided to Non-Governmental Organisations (NGOs) and Self Help Groups (SHGs) associated with agriculture sector in the country and activities carried out by them.

According to the statement of the minister, the work of all KVKs, including those run by NGOs is reviewed on a regular basis by holding scientific advisory committees, review workshops and field visits and the activities of the research projects are reviewed by Quinquennial Review Teams (QRTs) and also by holding review workshops of the project centers.