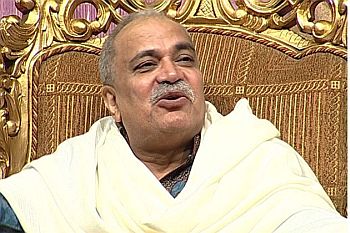 Nirmal Baba is back with a bang.

Last year when the media exposed him to the charge that he was cheating people,he used to collect Rs 2000 from a follower as the entry fee in his meeting(Samagam),operated a account in the Punjab National Bank and inserted advertisements in the private TV channels.

But that is past.

Now,his is set to hold his Samagam in Mumbai in February.The registration is on.The advertisements have started appearing in two TV channels and he can be heard exhorting his female followers to eat golgappa and wear costly lipstick.

This time however the entry fees is Rs 2550(including tax) and his account is with the Axis Bank.