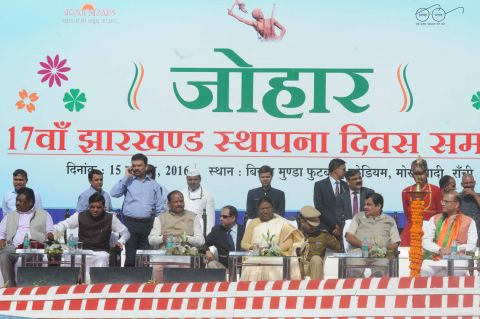 A cultural programme was held inside Birsa Munda football stadium in Ranchi to mark the 17th foundation day function of the state on Tuesday.

On the occasion,song and dance entertained the audience.