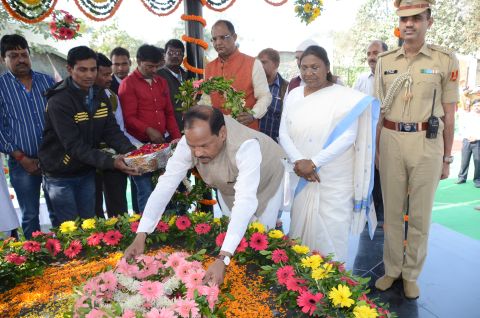 The state government is celebrating the 17th foundation day of Jharkhand.Since it was established on the birth anniversary of the tribal hero and freedom fighter Birsa Munda,top brass of the state government paid tributes to him.

To mark the event,the offices,secretariat and the entire Morahabadi Maidan were spik and span

As it is,Jharkhand was set up after dividing Bihar on November 15,2000 by then BJP government led by Prime Minister Atal Bihari Bajpayee at the Centre.

On this occasion, the state government has planned large scale public campaign through various media to make people aware about various welfare schemes.