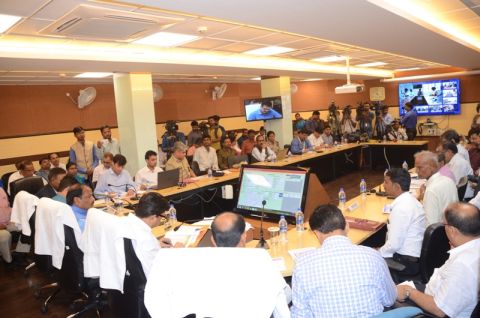 The villagers of Belborai village in Jamtara district of Jharkhand were happy.”We are glad that the state government has taken a prompt action and provided relief to us”,said Sukhbeer Kumar,a resident of the village echoing the sentiments of many others.

Some time ago,a staff of Jamtara who was Nazir(Accountant)had collected Rs 850 from a resident to provide him a solar light.By this method he had collected Rs 1.40 lakh from villagers only to cheat them by neither providing any solar light nor returning their money.

On Tuesday,when the case was taken note off by the state government,Jharkhand Chief Minister Raghubar Das ordered that the entire fund must be returned to all villagers.He passed the order during the Sidhi Baat programme held inside Suchna Bhawan in Ranchi.

Another important decision taken by the CM during the Sidhi Baat,was connected with the state government job provided to the family members of its personnel on compassionate ground.

Responding to application of Pratap Kumar who had not got the job though his father –a staff of the state government-had died three years ago,the CM directed Principal Secretary/Secretary of all Departments to monitor and ensure that no body faced similar problem.