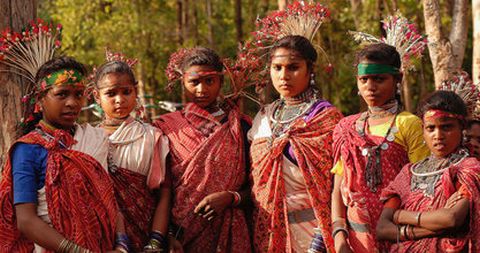 On Saturday when Aakrosh rally was organised by the Opposition tribal leaders in Ranchi,Jharkhand Chief Minister Raghubar Das addressed a meeting of village representatives under the banner of Gram Vikas Sammelan.

In fact,hundreds of tribals,especially Christian tribals had gathered at the Aakrosh rally which had turned violent in Khunti where firing took place resulting in death of one person and 8 others were injured.

The Sammelan was attainded by hundreds of Gram Pradhan,Manki Munda,Pahan and Padha Rajas.They were either tribals or Hindu tribals.While addressing them,the CM Das observed that the state Rural Development Department has come forward to implement village development projects with a slogan-Hamari Yojna;Hamara Vikas(Our project;Our Development).

“This Sammelan was called to appeal to you to come forward and participate in the state government’s plan for village development”,said the CM.