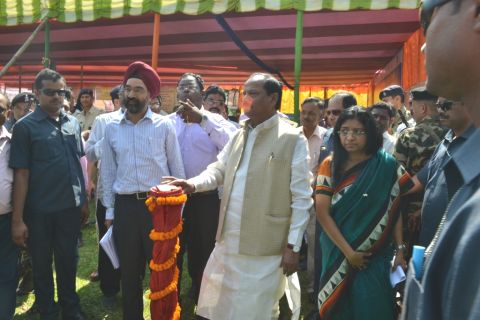 Das did so in a Gram Sabha held at Sonadhani village under Littipara block in Pakur district of Santhal Pargana division in Jharkhand.

While launching three-tier village development plan at Sonadhani in Littipara,the CM inaugurated  and launched 61 and 97 projects resspectively worth Rs 220 crore in Pakur district

His move was planned to be expanded in the form of Gram Sabha meetings in 32,000 revenue villages during the coming fortnight October 19-31.

He also said that, Jharkhand is all set to realise this feat with villager’s active participation in brining about development of the state.