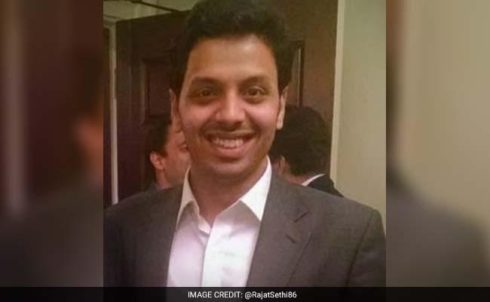 The PMO has struck on the Raghubar Das government in Jharkhand,it is learnt.

This became evident from the cancellation of the Team Jharkhand led by Das’s trip to Japan,China and other countries to invite investors in the state.

Now,the notification issued by the personnel department on Thursday said that Rajat Sethi was appointed as Advisor to the CM Raghubar Das.

Thirty year old Sethi has a sumptuous resume: degrees from IIT, MIT and Harvard , a vital if behind-the-scenes role in the BJP’s last general election campaign, and, as of Wednesday, a top spot in the roll of credits for the landmark win in Assam.

“Just keep the obvious comparison in check”,observed ndtv. “I am no Prashant Kishor, these are terms the media uses,” ndtv .com quotes Sethi over the phone from Guwahati before heading to a temple to offer thanks for the Assam triumph.

The ndtv report quotes Sethi saying that he worked differently from Kishor, 37, who worked closely with Prime Minister Narendra Modi.Later,he switched sides to Chief Minister Nitish Kumar in Bihar, and is now handling the Congress campaigns for Punjab and Uttar Pradesh.

With Sethi at the CMO in Ranchi,Prime Minister Office in New Delhi can keep a watch on the Raghubar Das government in Jharkhand,it is learnt.