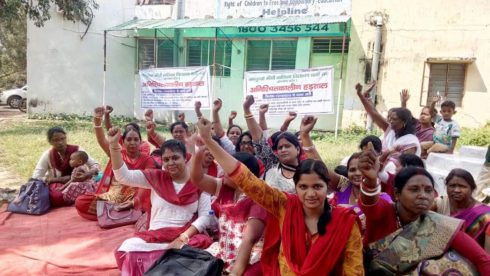 The classes were not held as all class rooms remained under lock and keys across the state on Thursday.

Billed as ‘Talabandi'(Locked the school) agitation,the agitating teachers have raised a set of demands including implementation of the VIth pay commission recommendation and regularisation of their services in the sanctioned posts.

Asked why have they locked up class rooms of these schools,the Sangh leader said that the state government does not respond to their repeated appeals.”We have raised our demand many a time.But no officer or minister bothers to accept it eventhough our demands were genuine”,she said.