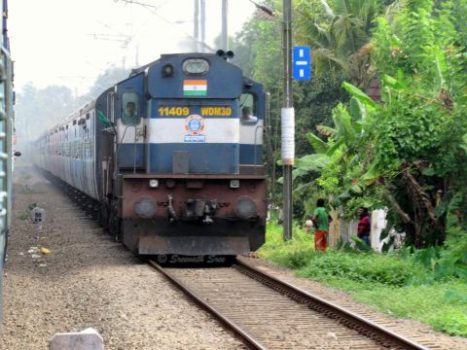 It was the day of Jharkhand in the Railway sector.Result?

Both the railway track and the train were inaugurated and flaged off respectively through video conference by Railway Minister Suresh Prabhu on Thursday.

On the occasion,Prabhu is on record having said:” “This will uplift the area and will go a long way in satisfying the needs of the local people.”

As it is,the opening of the track between Hansdiha and Barapalasi, the old project between Mandar Hill and Rampurhat stands completed. Now,trains can ply from Bhagalpur to Dumka, Bhagalpur to Rampurhat via Dumka and Bhagalpur to Jasidih through Dumka.

More importantly,this will open an alternate route from Bhagalpur to Deoghar and Rampurhat.” Indian Railways will continue to work on such projects to benefit people”, said Prabhu.