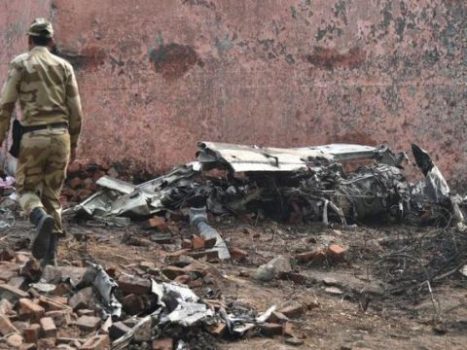 In a shocking incident,a half naked body of a woman was found lying near Birsa Munda Airport in Ranchi on Wednesday morning.

The woman’s body carries sign of Mehandi and injuries.In one hand,the name of a guy ‘Pradip Sony’ (in Hindi) figures.

After people spotted it and informed the cops,police recovered the body and sent it for post mortem.The report of the post mortem was yet to be made public.

She was identified as a tribal woman-Sonia Minz.

The police suspect her husband who was yet to be arrested had murdered and thrown her near Birsa Munda Airport wall in the morning on September 30,2016.