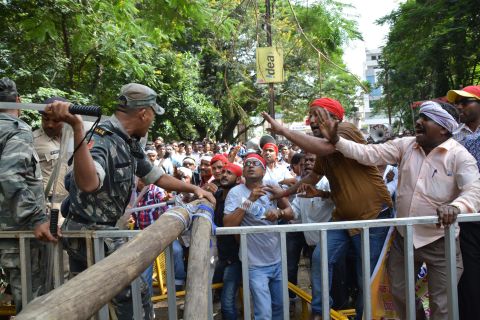 As hundreds of Teacher Eligibility Test (TET) pass students gathered near Raj Bhawan to protest against
their demand to employ them,traffic was paralysed.

Since agitationists continued to protest,the police was compelled to use force to drive them away.This was followed by lathi-charge by the police.

Soon,agitationists fled and normalcy returned near the Raj Bhawan,said the police.