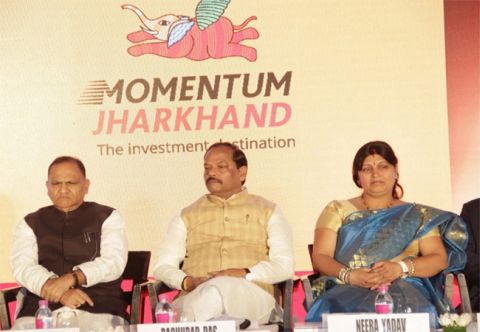 During G2B (Govt. to Business) interaction at Taj Mahal Hotel,Mumbai on Wednesday,Chief Minister Raghubar Das said that Jharkhand is ushering in an era of industrial growth.
Govty
“It is geared up to attract suitable investments and the investor meet road shows in this scenario is a platform to lure investors who will become long term partners in the burgeoning development of one of India’s youngest state”,said Das.

With a view to boost investments in varied sectors, Jharkhand government led by Das,Chief Secretary,Rajbala Verma and other government officials had one-on-one meetings with more than 2 dozen investors in the sectors.These potential investors belonged to Food processing, Education, Urban infrastructure, IT/ITes, Power, Industrial automation, Hospitality, Pharmaceuticals, Healthcare, Gems and jewellery, tourism and solid waste management and so on.

At the industry interactive session, industrialists, investors and Chief Executive officers from various industries were invited.

During the meeting, the invitees were informed about the opportunities, resources available, prospects of investments in different fields and positive industrial environment available in the state and policies of the state government about investments.

Prominent Business Houses who attended the Group Business meetings were :

The Industry interactive sessions managed to inform the potential investors that a positive industrial environment is ready in the State for them to invest.

More,they were informed about the various new policies that were launched in the last one year and six new policies launched during the roadshow in Mumbai on Tuesday.