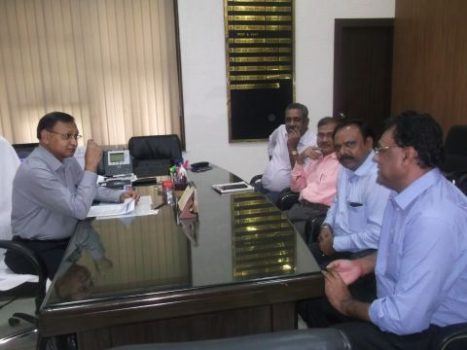 A team of businessmen belonging to Federation of Jharkhand Chamber of Commerce and Industry met Principal Chief Conservator of Forest inside his office in and appealed to him to ensure that the saw mills continue to function in accordance with the law.

As per the Supreme Court of India’s directive dated December 12,1996,these Saw Mills in Jharkhand purchased wood sold by different state agencies in neighbouring states of West Bengal,Utter Pradesh,Chtissgarh,Orissa,MP and even imported from Australia.

“But the state forest department personnel issued notices and launched raids in the Saw Mill premises.This must be stopped”,said a FJCCI member.

The FJCCI representatives requested the PCCF to
allow the Saw mill owners to run business as per the law.In response,PCCFsaid that he will look into their concerns,said Pawan Sharma,FJCCI president Pawan Sharma.