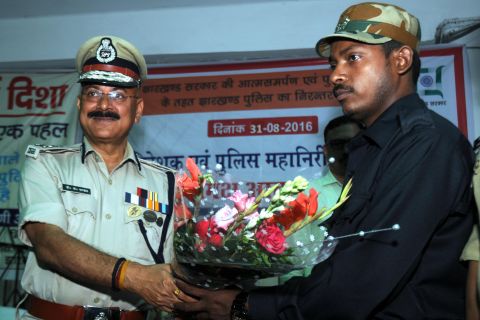 It is considered as a major success of the police and security forces in Jharkhand where banned Naxal outfit CPI Maoists Sub-Zonal Commander Tilakman Sahu has surendered.

Sahu,who was facing over a dozen criminal cases of murder,extortion and possession of arms and ammunitions,had surrendered before the DGP D K Panday in Ranchi on Wednesday.

The surrender took place inside the headquarter office of the state police where the DGO Pandey offered him a cheque of Rs five lakh to Sahu,as per the state government’s policy.