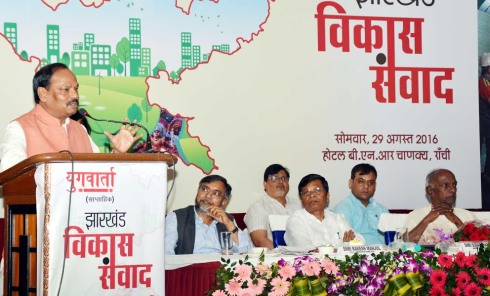 Picture shows them during a programme at BNR Chanakaya hotel in Ranchi on Monday. Photo by Ratan Lal

Ranchi witnessed a Hindi news paper organising a conclave on Development on Monday.

Billed as ‘Vikas Samvad’,it was participated by top functionaries of the state and the Centre led by Prime Minister Narendra Modi.