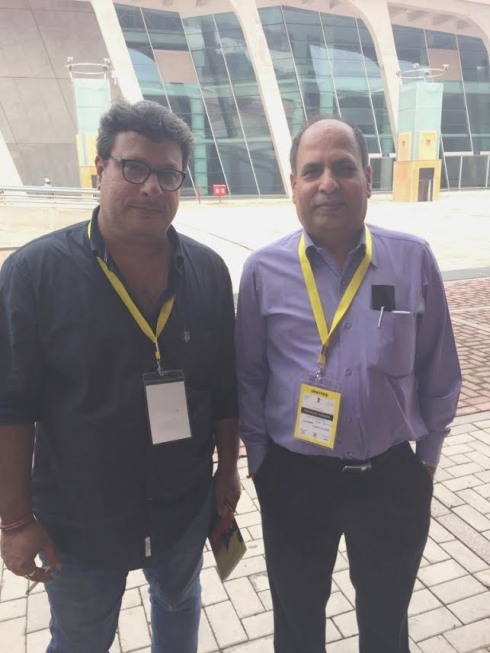 Jharkhand has participated in a seminar on a popular subject Film Tourism in Ahmedabad,Gujarat.

The seminar under the subject ‘Cinematic Tourism;was inaugurated by Gujarat Governor Om Praksh Kohli.On behalf of the Jharkhand government,Director of the state Information and Public Relations Department Ashok Kumar Pandey took part in it.

Apparently,the objective behind Jharkhand government’s move was to make the state a hub for film making and strengthen the facilities like single window clearances for film makers in Jharkhand.”We are betting on Cinematic Tourism in the state:,said Pandey.

As a pre-event of the high profile investment congregation, Jharkhand is set to organise  Global Summit in January 2017.To do so,the State Government has organised road shows in Mumbai and Kolkata.

Also,Jharkhand IPRD is aiming to attract film makers,directors from Mumbai and others places in the country by building ‘Film City’ on Patratu hill,30 km from Ranchi.

After inaugurating  the Cine Tourism seminar in Ahmedanad Gujarat Governor Om Prakash Kohli said film tourism is bound to strengthen economy of the state.”This can open opportunities to film makers in Gujarat”,he said.

Pandey talked about the Raghubar Das government adopted Film Policy and said that it is meant to promote film industry in the state and attract film tourism.”Jharkhand is highly rich with beautiful -natural settings”,said Pandey.