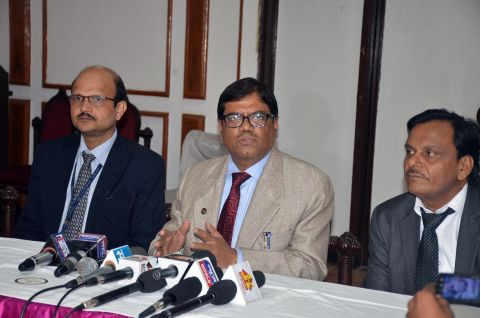 The 23rd State Level Coordination Committee(SLCC) for the State of Jharkhand was convened on December 26, 2016 by M K Verma, Regional Director for Bihar and Jharkhand, Reserve Bank of India.

SLCC is a forum for coordination among RBI and State Government and the other regulators of NBFC sector viz, Securities and Exchange Board of India, Insurance Regulatory and Development Authority of India, Registrar of Companies and National Housing Bank etc. The senior officers of the member organizations attended the meeting.

The meeting deliberated on steps to prevent and curb illegal mobilization of public funds. It was resolved that in order to curb illegal activities in the NBFC sector, it is absolutely necessary that the Protection of Interest of Depositors (in Financial Establishments) Act, 2011 is enforced in full force. State Government was advised to notify the office of Competent Authority in unambiguous terms. It was decided to raise mass awareness regarding PID Act.

It was resolved that the provisions of the Act will be disseminated in the State so that the financial entities are informed about the need to file their returns before the competent authorities. The information received is being compiled by the Planning and Finance Department of Government of Jharkhand. The list has been shared with the regulators so that the entities registered with them are identified and promoted. The other entities will be investigated and illegal ones will be identified for action by the law enforcement agencies.

It was decided that regular interfaces will be conducted for law enforcement agencies to update them about the regulations pertaining to NBFCs. State Government was asked to expedite formation of Designated Courts as specified under the PID Act and notify the office of Competent Authority in each District for speedy resolution of cases filed under this Act. Registrar of Companies (RoC) official was asked to share the information about financial companies registered with them on monthly basis with CID/police for timely due diligence. Registrar of Cooperative Department was asked to scan all defunct cooperative societies and take suitable steps for their early liquidation.

State Government functionaries were asked to ensure that NBFC-MFI which are registered are not subjected to harassment and they were sensitized about the differences in recovery of loans and acceptance of deposits.

It was decided to raise the public awareness about ‘Sachet’ portal (https://www.sachet.rbi.org.in) of RBI.

Vital Market Intelligence were exchanged for effective action amongst the participating institutions.

The status of Jharkhand Moneylenders Bill, 2016 was discussed and it was decided that NBFCs duly registered with RBI and other regulators will be exempted from the provisions of this Act.

The State Government will carry out public awareness programmes on precautions to be taken while placing deposits.

The meeting ended with a vote of thanks by General Manager, DNBS, RBI.