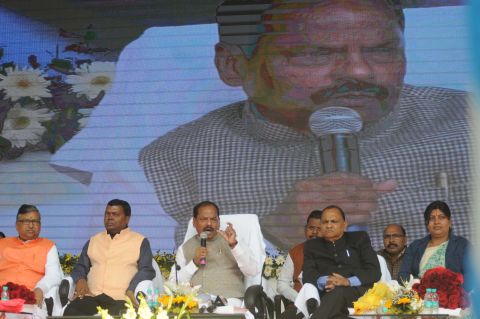 “We have tried to provide transparent government and expedited the process of development”,said the CM Das while addressing press conference in side his official residence.

The major opposition parties including Jharkhand Mukti Morcha (JMM) were criti and alleged that the Das government had promoted businessmen and worked against the poor Adivasis and Dalits in Jharkhand.

Das highlighted his government’s achievements in various fields in last two years.He said that his government has reformed the state administration and the police have managed to contain Naxalite violence and provide security to people.

In fact,Jharkhand had witnessed many ups and downs during last 16 years since the state constituted in 2000. Political uncertainties prevailed in the state for a considerable period in formation of ministries and as a result changes in the ministry occurred eight times.

When asked on the achievements of the present government, some tribal leaders told Business Standard, will you say aspiration of tribal people from a separate state (Jharkhand) was fulfilled ?, do their living condition improved?.