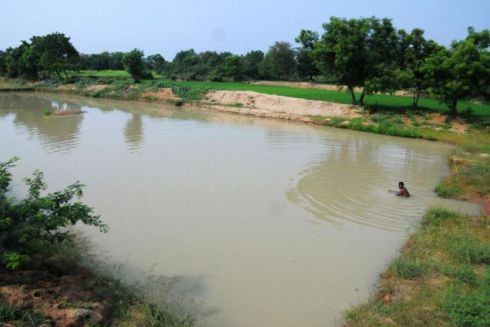 In a review meeting with the state rural development department,Jharkhand Chief Secretary Raj Bala Verma on Friday directed that against a target to construct five lakh Dobhas(farm ponds) for irrigation purpose under MNREGA in the state,only one lakh Dobhas were built so far.

The CS directed the DCs and DDCs to identify land and make resource mapping of the site to build four lakh Dobhas in the current financial year-2016-17.Her direction was recorded in the review meeting held with the Department’s Principal Secretary NN Sinha,DCs and DDCs through a video conference.

Several details were also recorded in the meeting.One,create 445.46 lakh MNREGA work days for construction and resource mapping of four lakh Dobhas during 2016-17.

Two,the CS directed the DDCs to visit villages to open accounts of workers under MNREGA.In the last one month,nine lakh accounts of MNREGA workers were opened.

Four,during the past one month,construction work of 58,000 pending Indira Awas was completed.