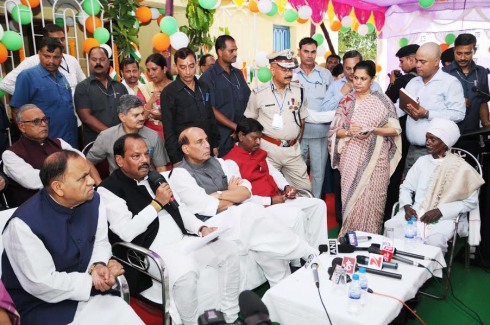 Alongside,senior officers of the state government led by Chief Secretary Raj Bala Verma and DGP DK Pandey were present there.

These pictures give a glimpse of Rajnath’s tour to Ulihatu as part of his involvement in the BJP government led by Prime Minister Narendra Modi’s nationalist campaign-Jara Aad Karo Kurbani-on the eve of the 70th Independence Day.

Have a look at these Pictures: