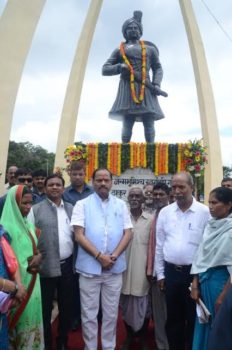 On this occasion,Jharkhand Chief Minister Raghubar Das visited the Dhurva Chowk in Ranchi and garlanded the statue of Shaheed Thakur Vishwanath Shahdeo.

Shahdeo had led a movement against the British Government during India’s First movement of Independence in 1956-57-also known as Sepoy Mutiny.He was hanged to death by the British rulers near Zila School in Ranchi.