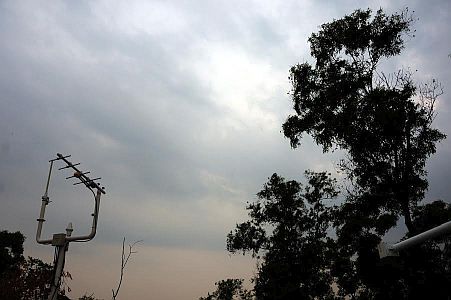 Rains are going to continue to lash many parts of Jharkhand and Bihar in the coming days.

Met Department experts on Monday said that most parts of these two states have so far received ‘good’ rainfall during Monsoon.

In July too Jharkhand and Bihar had received little less than average rainfall.

Met Authorities said that the cyclonic circulation was over Odisha and Jharkhand “in the middle level” and it has merged with the axis of Monsoon trough creating the low pressure area even over Northeast Madhya Pradesh.

” As the Monsoon trough moves across Jharkhand and Gangetic West Bengal, the rainfall activity over the region is expected to enhance during next 24-48 hours. These rains will be moderate in nature and will be confined to most parts of Jharkhand and South Bihar”,said the Met officer.

Gradually the Monsoon trough is expected to move in north direction towards the foothills of Himalayas. The rain belt will also move gradually to the foothills.

Met official further said:”Heavy rainfall is expected during these days over the foothills of Bihar. Rainfall intensity will gradually increase initially over south and then over North Bihar. Fairly widespread light to moderate rain is expected over these two sates during next 24-48 hours.”