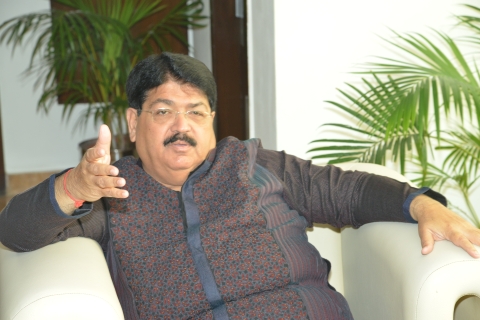 In all,61,640 students from Jharkhand have been benefited by Central Sector Interest Subsidy Scheme (CSISS) in last three years.

The government has launched a web portal for uploading of claims for getting interest subsidy on education loan which is now open from August 1, 2016 to October 31, 2016.

The Minister informed that the scheme launched in 2009 aims to enable students from economically weaker sections to access higher education in technical and professional streams from recognized institutions in India.

Mr. Nathwani wanted to know about aims and objectives of the Central Sector Interest Subsidy Scheme to provide 100% interest subsidy on education loan, total number of student beneficiaries of the scheme in last three years.

The Minister stated that CSISS is based on the Model Educational Loan Scheme of Indian Banks Association (IBA).It provides full interest subsidy during the period of moratorium on loans taken by the students belonging to Economically Weaker Sections (EWS) from scheduled banks of Reserve Bank of India under Model Educational Loan Scheme of IBA for pursuing any of the approved courses of studies in technical/professional streams from recognized institutes of India.

Interest Subsidy is linked with the existing scheme of IBA and restricted to students enrolled in professional/technical courses after 12th standard, said the minister.

The Minister also said that interest payable for the period of moratorium is to be borne by the Government and thereafter by the students.

The upper limit of parental/family income for eligibility is Rs4.5 lakh per annum, said the minister. The subsidy is admissible only once either for undergraduate or for post-graduate or for integrated course and is not admissible for those who discontinue the course or are expelled from the institution for any reason other than discontinuation on medical grounds, said the minister.