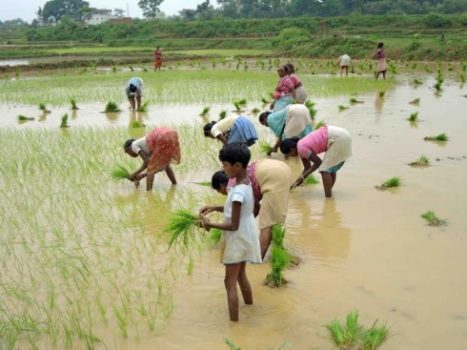 The sowing activity was reported to be briskly on and it is going to continue till middle of August.

In fact, farmers have gained hopes on the forecast of good monsoon.Another good news is that due to almost average rain fall,the water bodies,including medium irrigation dams have gained water.

According to Jharkhand rainfall Monitoring System in June,almost all 24 districts of the state have so far received average rainfall of 232.64 mm against the month’s normal figure of 237.4 mm. The rainfall was scattered and not all blocks received showers.

Farmers said at many places, ‘Roppa” has been completed and seeds were sown on dry ploughed land in anticipation of germination after rain. Similarly, at several other places, ‘Roppa’ is underway. In this process, the paddy seeds sown once grow in soil moisture.

They said seed sowing would continue till August 17 and farmers would take a break of three days from all sorts of farming operations for Rakhsha Bandhan.

Hoping that monsoon would be good as forecast, Manipal Singh,an Agriculture Expert,asked the farmers not to panic. However, agriculture authorities and farmers said barring the last kharif crop season, monsoon predictions in previous years were not average till date.