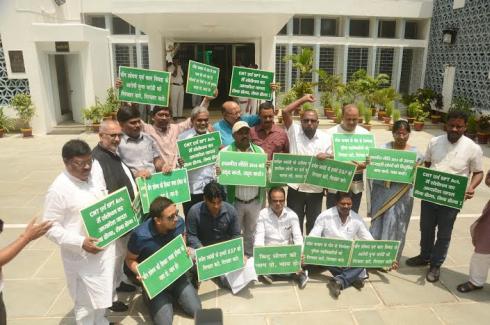 The protest was on two separate issues.One,the Opposition alleged that the Das government was silently attempting to bring domicile amendment in the Chotanagpur Tenancy Act,the Santhal Pargana Tenancy Act,Land Acquisition Act and prevention of damage to public property act.

The Opposition MLA led by Soren stood with posters in their hands and shouted slogans against the government inside the Assembly premise.

“Hemant Soren had sent you to jail.They are Adivasis(Tribals).They will not support you”,Soren writes quoting the audio stating Gupta’s recorded statement against him.”This statement had hurt me”, states his letter demanding breach of privilege against the ADGP under the Jharkhand Assembly Sections 186 and 187.