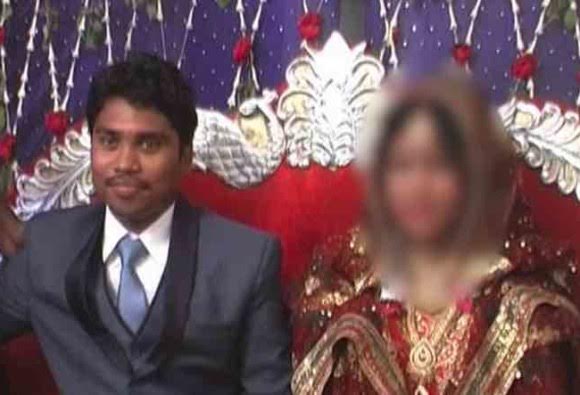 The tribal leader Tala Marandi,Jharkhand state unit president of the ruling BJP, and his son Munna are in the dock with the Court issuing summons to them and four others.

This was in connection with Munna’s marriage with a minor girl.

The summon was issued by Judicial Magistrate of Godda, Ananda Singh on Tuesday after the Block Development Officer of Boarijor filed an inquiry report as per the court’s order..

In this report, it is stated that Munna Marandi, son of Tala Marandi, had married a minor girl on June 27 this year. The court has asked all the six accused including Tala Marandi and his son to be physically present before it on August 22.

In fact,the ruling BJP has been facing a embarrassing situation eversince Munna marriaged allegedly an 11-year old girl.Tala was appointed as BJP state unit president in June with an aim to strengthen the party in the state.

However,his son’s marriage with an alleged minor girl prompted the Opposition as well as colleagues within the BJP to raise fingers against him.For instance,the BJP leader and Union Minister Sudarshan Bhagat said that marriage to a minor girl is a serious case.

Representational picture shows Munna Marandi seating with a minor girl on the day of their marriage.