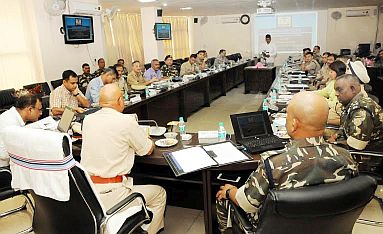 The meeting gains significance since it took place after the Union Home Minister Rajnath Singh had chaired the 22nd meeting of the Eastern Zonal Council in Ranchi on June 27,2016.

The Eastern Zonal Council,consisting of Jharkhand,Bihar,Odisha and West Bengal had discussed the issues including Modernisation of State Police Forces, Communal tension and Left Wing Extremism.

In the meeting held on Wednesday, the senior police officers of these five states are learnt to have discussed ways to carry forward joint operation against Left Wing Exgtremists.