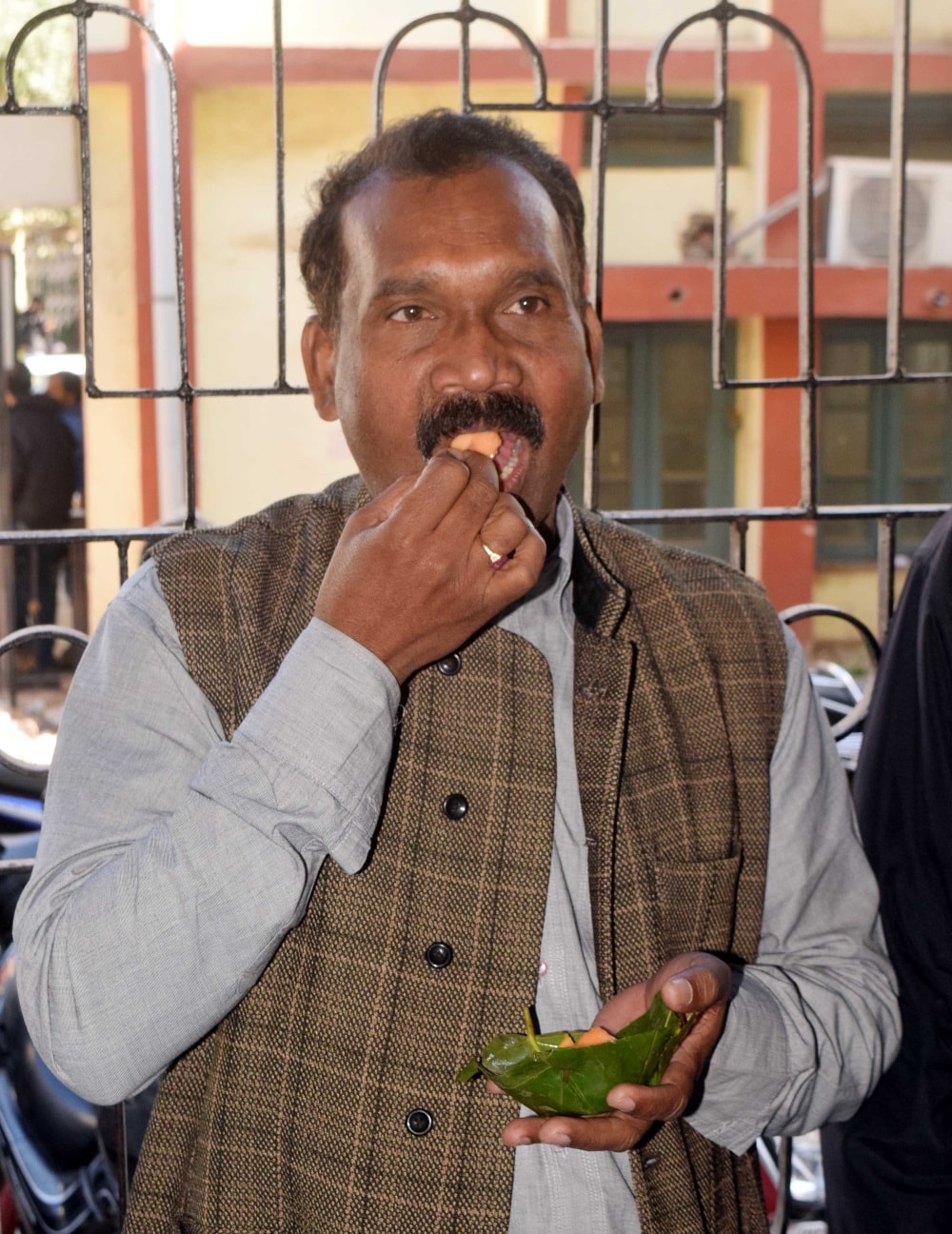 Former Jharkhand chief minister Madhu Koda eating Bread Chop outside a special CBI court during her arrival for appearing in coal scam cases in Ranchi on Wednesday.  Koda was awarded a three-year jail term in a coal scam case. Madhu Koda was sworn in as the fourth chief minister of Jharkhand on September 14, 2006 and remained in office until his resignation on August 23, 2008. He is the third Independent legislator to assume the office of chief minister in India. Koda is also an accused in another coal scam case pertaining to alleged irregularities in allocation of Amarkonda Murgadangal coal block in Jharkhand.