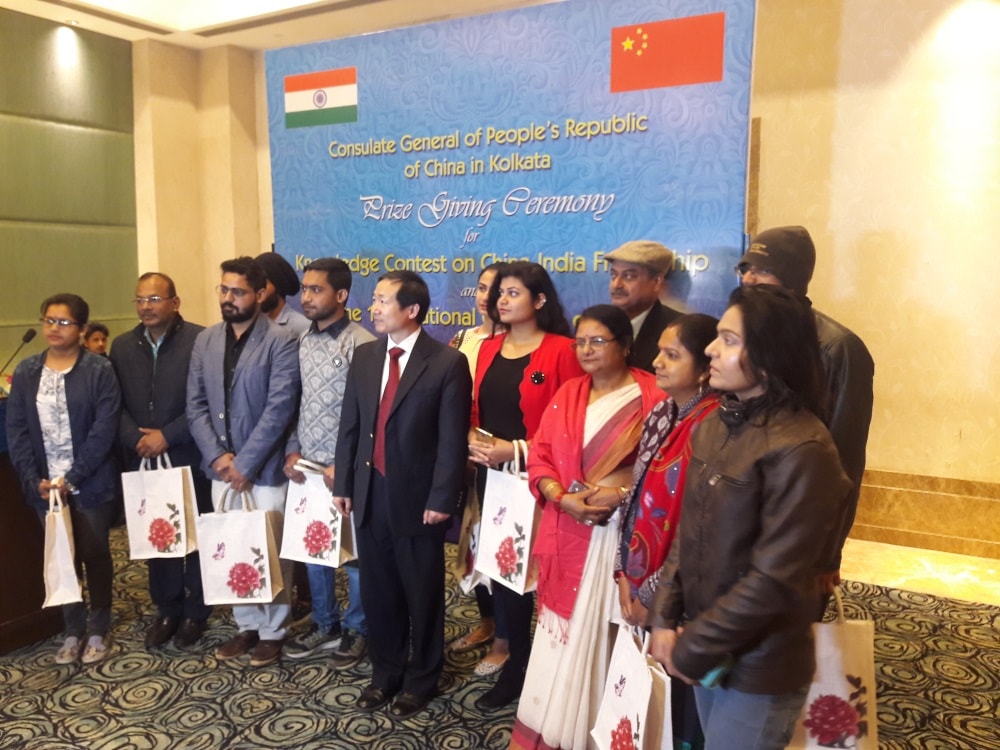 The Consulate General of People's Republic of China held the Knowledge Contest on China-India Friendship and the 19th National Congress of CPC (Communist Party of China) from October to November 2017, and dozens of people from Jharkhand participated in it and sent their answers to the Consulate. As a result, two of them won the top prize, which is complimentary one-week trip to China in April 2018, and one has got the second prize, which is a cellphone, and more than two dozens attained the third prize, which is souvenirs from China.