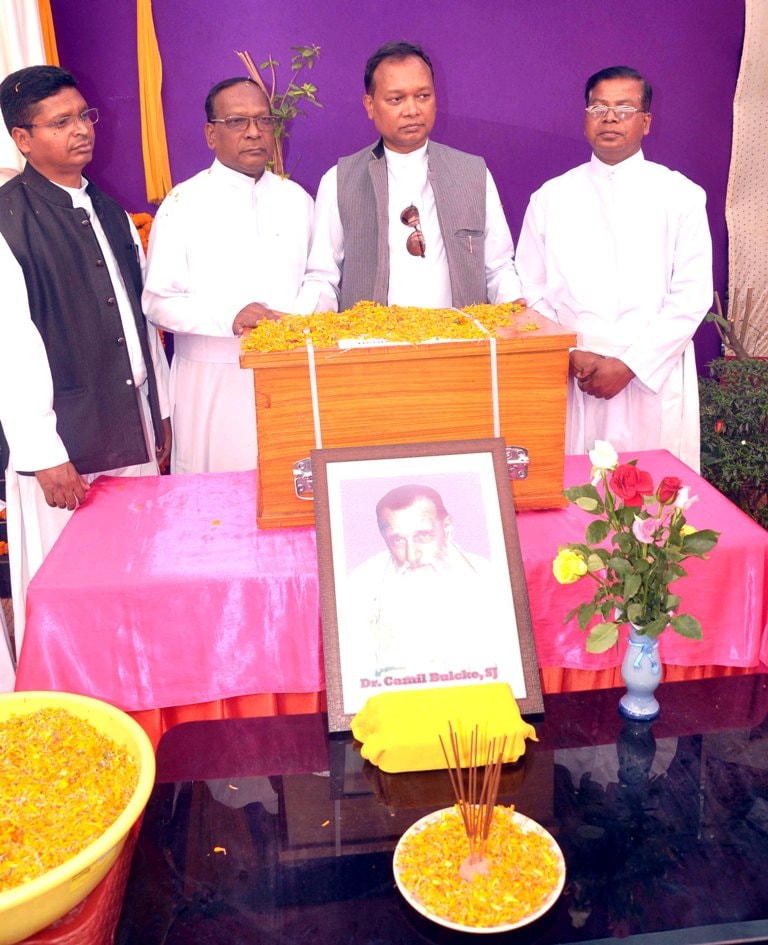 After 36 years, terrestrial remains of Father Camille Bulcke were brought back to his 'Karmabhomi' (Ranchi, Jharkhand) from New Delhi on Tuesday. Bulcke was born in Ramschapelle a village in Knokke-Heist municipality in the Belgian province of West Flanders. His remains will be buried again following all religious rituals on March 14 at St. Xavier's College, Ranchi premises where Father Bulcke began his teaching career.

Kamil Bulke had a deep relationship with Jharkhand and Bihar also. He spent a lot of time in the capital of Bihar called Patna and especially in Ranchi, capital of Jharkhand. Father Kamil Bulke was the Head of the Department of Sanskrit language at St. Xavier's College, Ranchi. Also, Camille Bulcke taught mathematics at Gumla for five years. Being a foreigner his love for Hindi and Sanskrit has gained him much recognition and honour among all class.