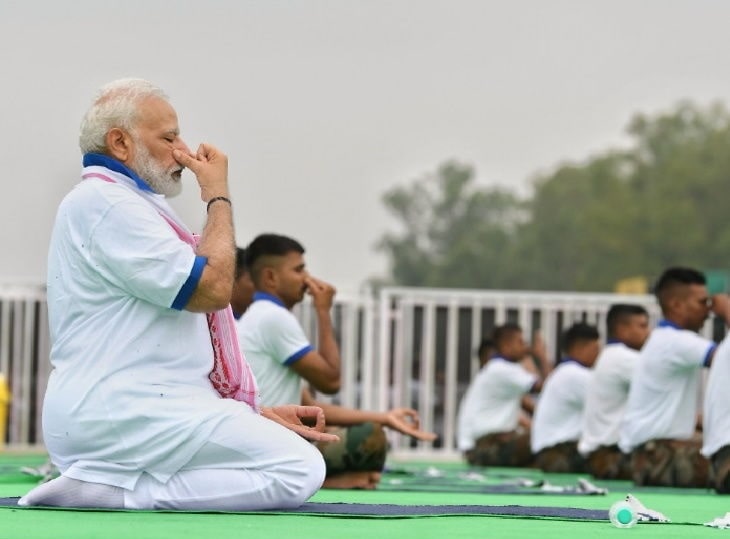 Modi wins the heart of Yoga pandits. While leading over 30,000 people, Prime Minister Narendra Modi did 13 Yog Asanas. Prior to doing Yoga, he observed that 'healthy people were needed to make New India."He pointed out three reasons for selecting Ranchi as a venue for celebrating 5th International Yoga Day. One, Jharkhand is attached to Nature(read forest). Two, Ayushman Bharat(Health Insurance Scheme was launched. Three, health and Ranchi had an old tie up. He said, from Ranchi, he will take Yoga to other parts of the country.

"Yoga has to be made popular among poor and Adivasis", he observed. Modi, who landed in Ranchi last night at 10.30 pm on Thursday, reached Prabhat Tara at 6.30 am on Friday, did Yoga for 45 minutes there and flew to New Delhi leaving hundreds of people who were seen waving hands toward him in appreciation and regards.