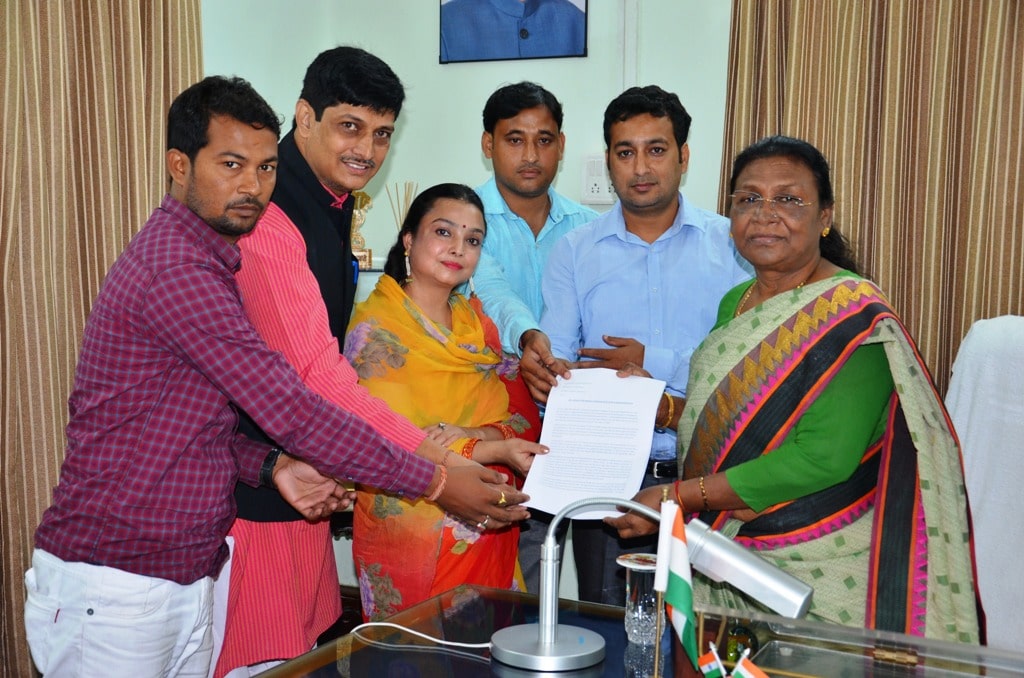 Governor Draupadi Murmu met with the delegation of Shri Jagannath Cultural Campaign, Kharshawan at Rajbhawan. The delegation submitted a memorandum for declaring Rath Yatra as State Festival. It is to be noted that Ratha Yatra used to organize by the Bihar Government as well.

The delegation included Gopal Singhdev, Aparajita Singhdev, Rakesh Das, Saurash Mishra and Liku Nayak. They also invited the Governor to be the Chief Guest in this year's Rath Yatra.