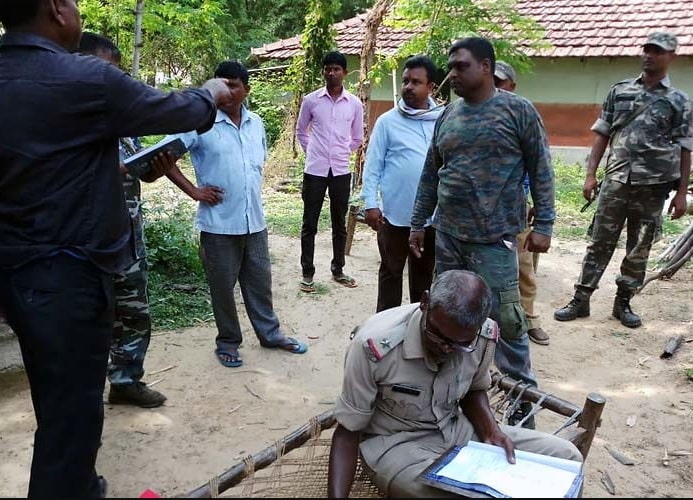 Son kills mother: In a shocking incident, a drunk son killed his mother by lashing her with bamboos at the residence located at Kuldiha village under Jadugorah police station in East Singhbhum district, said the police adding that today the accused son was arrested and body of the deceased sent for postmortem.


Photo by: Picture shows a cop investigating the case.