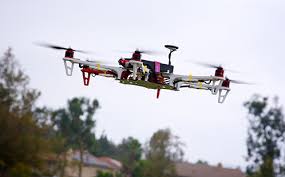 Naxals have been using Drone to gather information about the movement of security forces and launch an attack on them. Details of this information were with the state police intelligence which is learned to have informed concerned authorities in the form of its  letter."They have also planned to use this Drone technology to carry out an attack on security forces", a report quoting this letter claims. In fact, China made drones is available in the e-market.