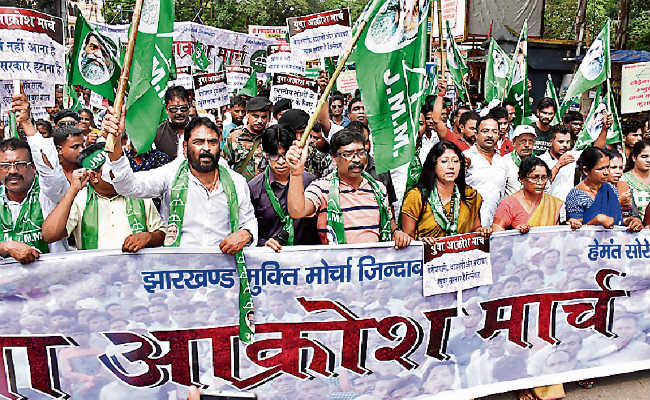 JMM protest:'JMM will wipe out BJP in Jharkhand'.This was said by JMM acting president Hemant Soren who led a procession under caption-Akrosh March-

in Ranchi on Saturday to oil the party ahead of Assembly polls before the end of the year 2019."The threat of identity has been revolving around Adivasi(Tribals) and Mulwasi(Locals) since 2014 when BJP came to power", said Soren.