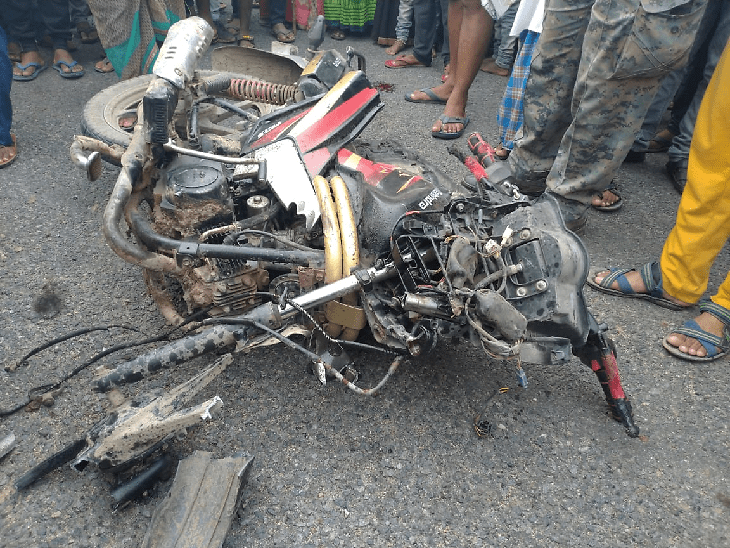 Truck hits Bike causing two death in Palamau,Two mo-bike ridden men died today when an imbalanced running truck crushed them along Panki-Medni Nagar highway. Both died on the spot and the bike was damaged. On the basis of Aadhaar cards, they were identified. The driver of the truck managed to vanish from the scene. The police had sent their bodies for post-mortem. The picture shows the accident damaged bike.