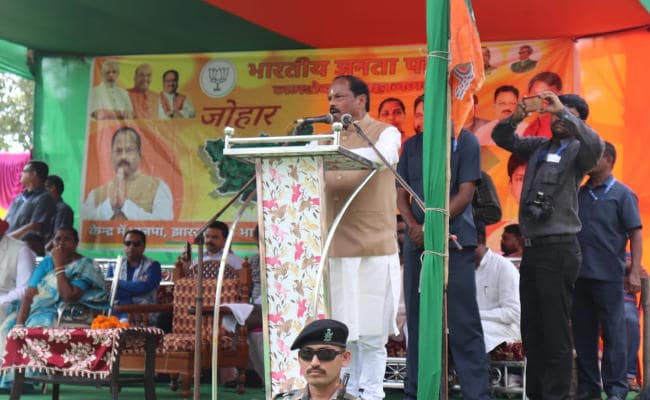 Though Election Commission has not announced Jharkhand Assembly polls schedule till date, Jharkhand Chief Minister Raghubar Das has been busy campaigning across Jharkhand.

Today, he was in Chaibasa where he claimed to have poured development schemes worth Rs 452 crore for 11 lakh farmers in Kolhan division. While addressing a public meeting under the banner of Mukhya Mantri Krishi Ashirwad Yojna, he said that after his government was formed in 2014, he had initiated a number of development schemes for farmers.