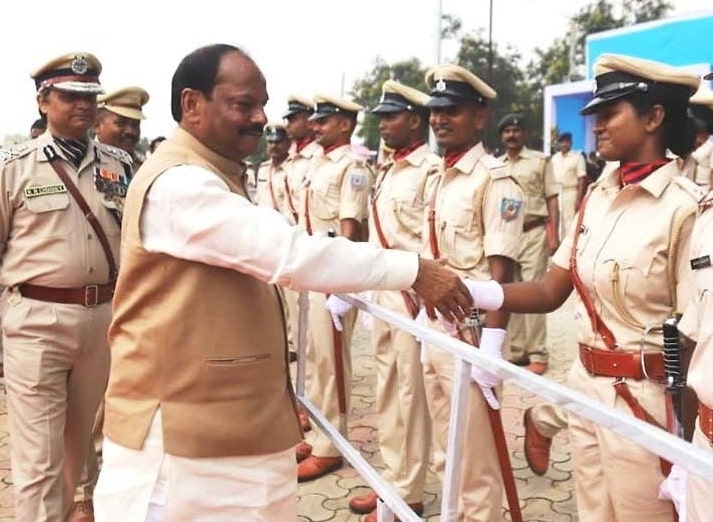 CM shakes hand with trainee Sub Inspectors: In Hazaribagh, Trainee Sub-Inspectors took the oath of office. Among 1170 police training Sub-Inspectors,72 were women. Educationally, 265 were engineers, 57 M.Tech and some others carried M.Sc Degrees.

They were appointed by Jharkhand Rajya Karamchari Chayan Aayog. After the appointment, they were trained in Police Training College in Hazaribagh. Now, it was their passing out parade presided by Chief Minister Raghubar Das on Wednesday.

After the CM Raghubar Das shook hands with these training SIs, they looked confident. Das said they were appointed on the basis of merit, following rules and regulations, without corruption.

Toward this end, all staff, officers and functionaries of the Aayog deserve praise, said Das.