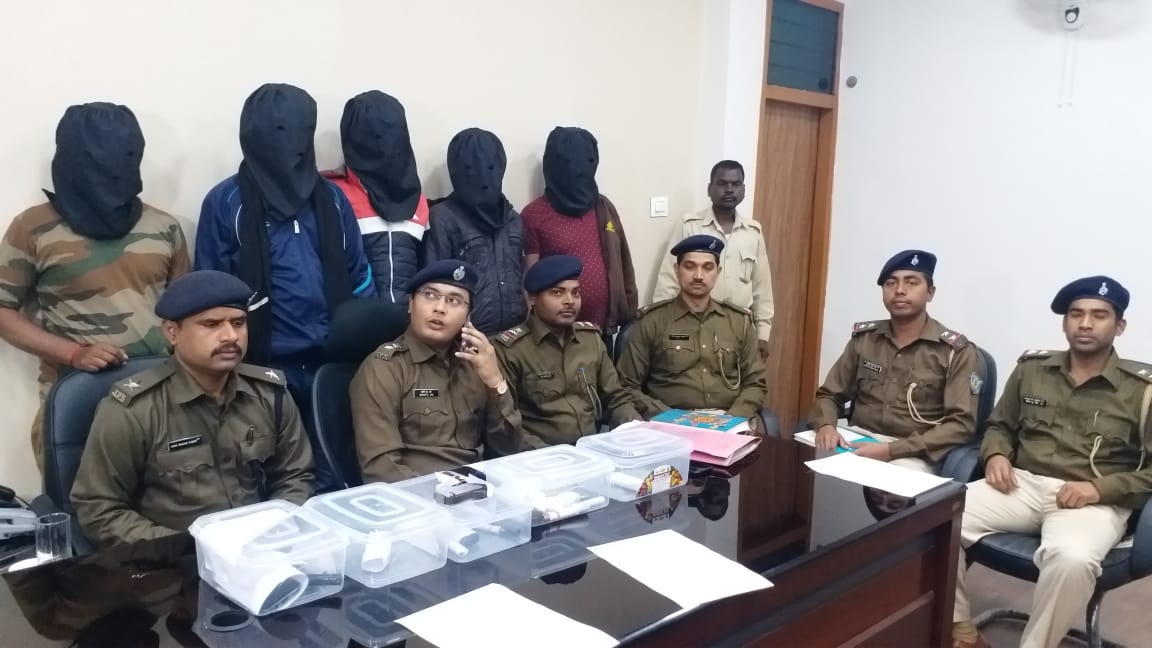 Five wanted UP criminals arrested by Jharkhand Police. Ranchi Police got a big success. Five UP criminals including one having a reward of ₹ 51000 on his head were arrested. Several arms and ammunition were also recovered from them. Police personnel of Nagdi and Ratu police station joint operations arrested the criminals.